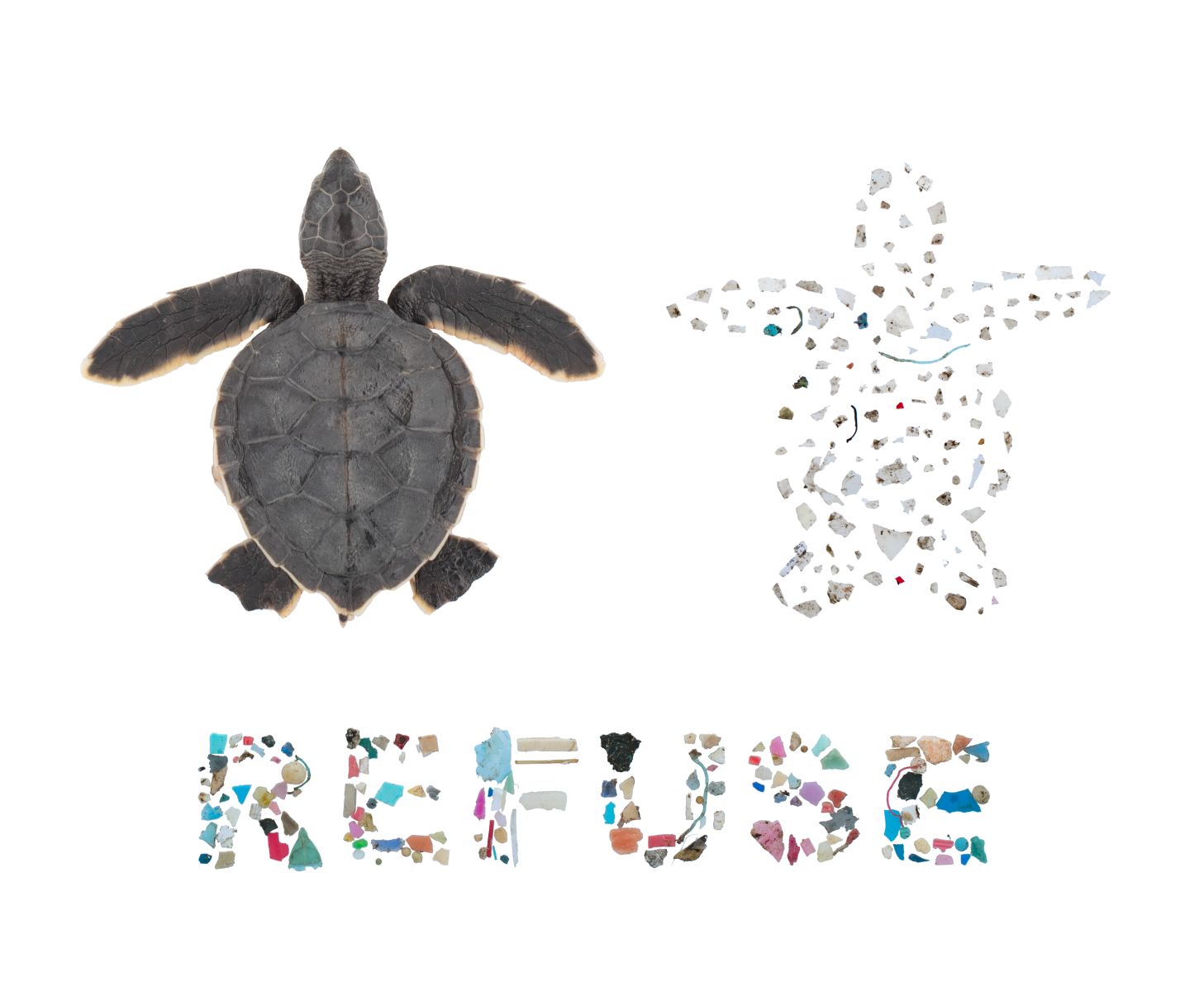 Plastic is everywhere. It’s on land, in our water, and even in the air we breathe. Plastics end up in our oceans and becomes deadly "food" for many marine animals such as birds, fish, whales, and even tiny sea turtle hatchlings.

Young sea turtles live in large floating mats of seaweed which forms along the strong currents of the Gulfstream. Sadly, these currents are a magnet for all floating things, including trash. The most common form of trash found in the ocean is plastic, which breaks down into very small pieces called microplastics. Young turtles live in this habitat for several years and cannot differentiate food from trash. By default, they fill up their tiny stomachs with microplastics. Enough of these pieces of plastic can make a turtle feel full and stop eating. Many starve and die. Others become weak and are blown out of the Gulfstream. When sea turtles are blown back to shore, it's a sign that something is wrong.

Every year during the fall and winter months, our Sea Turtle Rehabilitation Facility admits sea turtles smaller than your hand. These are the young turtles that have been blown out of the Gulfstream and back to shore. These turtles earn the name "washbacks." Washbacks range from a few weeks to several months old.

For years we have found microplastics in the gut content of these washback sea turtles, but this year we noticed it in more copious amounts than ever before. We are still in the process of analyzing the 2019 data, but so far, 100% of the washbacks that have died have been necropsied (examined) and found with plastic in their intestinal tracts.

We saw so much plastic ingestion this past year, that we posted a photo of a washback that died after eating 105 pieces of plastic on our social media platforms. To our surprise, it went viral overnight. Reaching millions of people across the world, we realized just how many people weren’t aware of this "ocean crisis" by all of the attention this photograph received. In the following days, journalists, and reporters from all around the world called to interview us about the image and the story behind it.

We have posted similar images of washbacks with plastic before, but what made this one such a hit?

We wanted to keep the attention on the plastic crisis so with the help from a local photographer, Ben Hicks, an image was created of the next washback that died with a stomach full of microplastics. The 135 pieces taken from this turtle’s stomach outline the entirety of this tiny turtle’s body. The word REFUSE was spelled out with microplastics collected throughout the 2019 washback season. "Refuse" stands for the 4th "R" in Reduce, Reuse, Recycle, and now… Refuse.

This news attention led to an opportunity to be the voice for the sea turtles in front of the Capitol last year with Jane Fonda and Ted Danson; this was an opportunity to tell the world how human impacts are affecting sea turtles on a global scale.  There is no better time than now to be leaders in the environmental field and be the voice not just for the sea turtles, but for all life on earth.  Will you all stand with us and REFUSE? 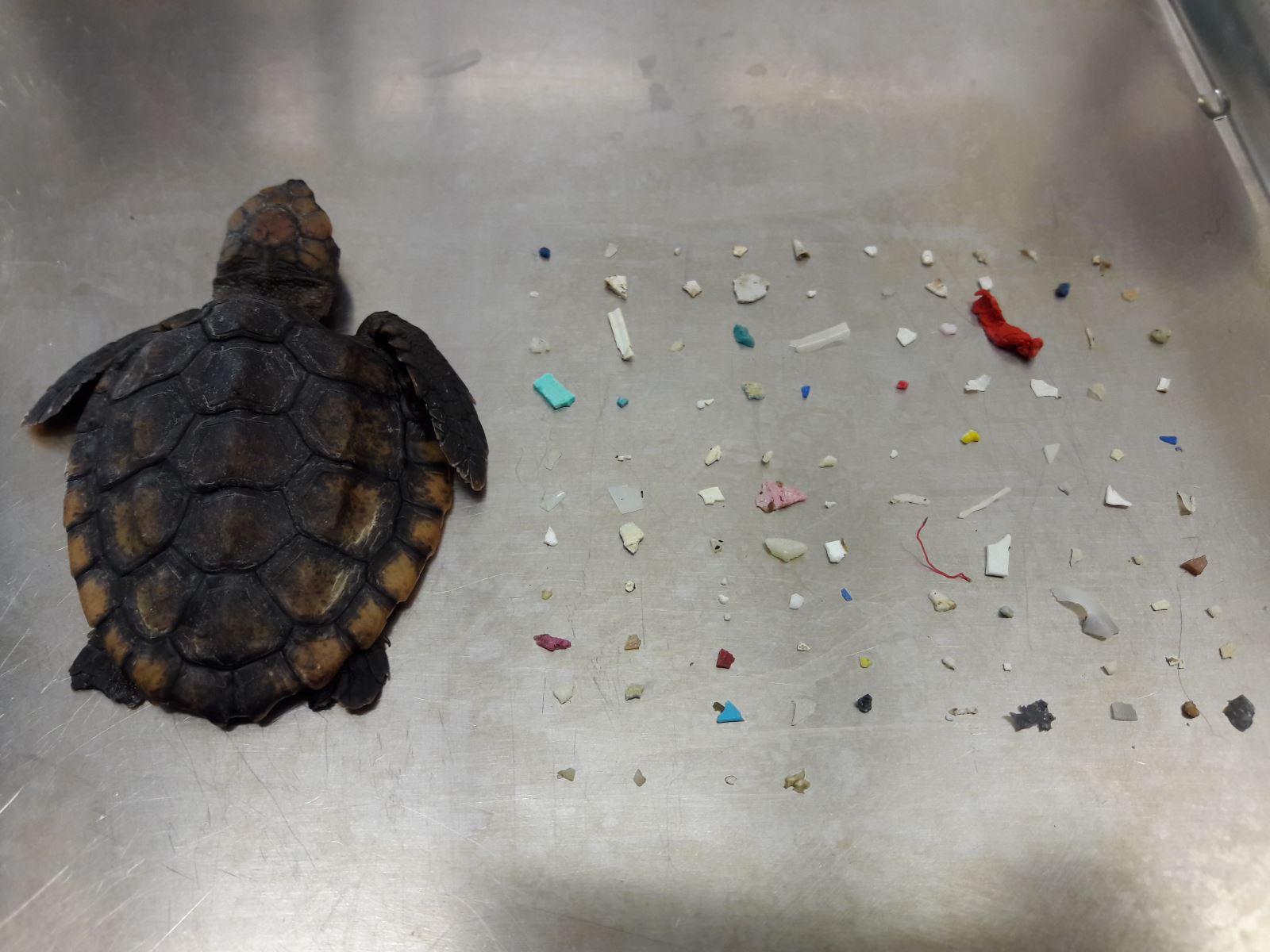 This is the viral photo – a washback loggerhead sea turtle with 135 pieces of microplastics that we found in its gut. 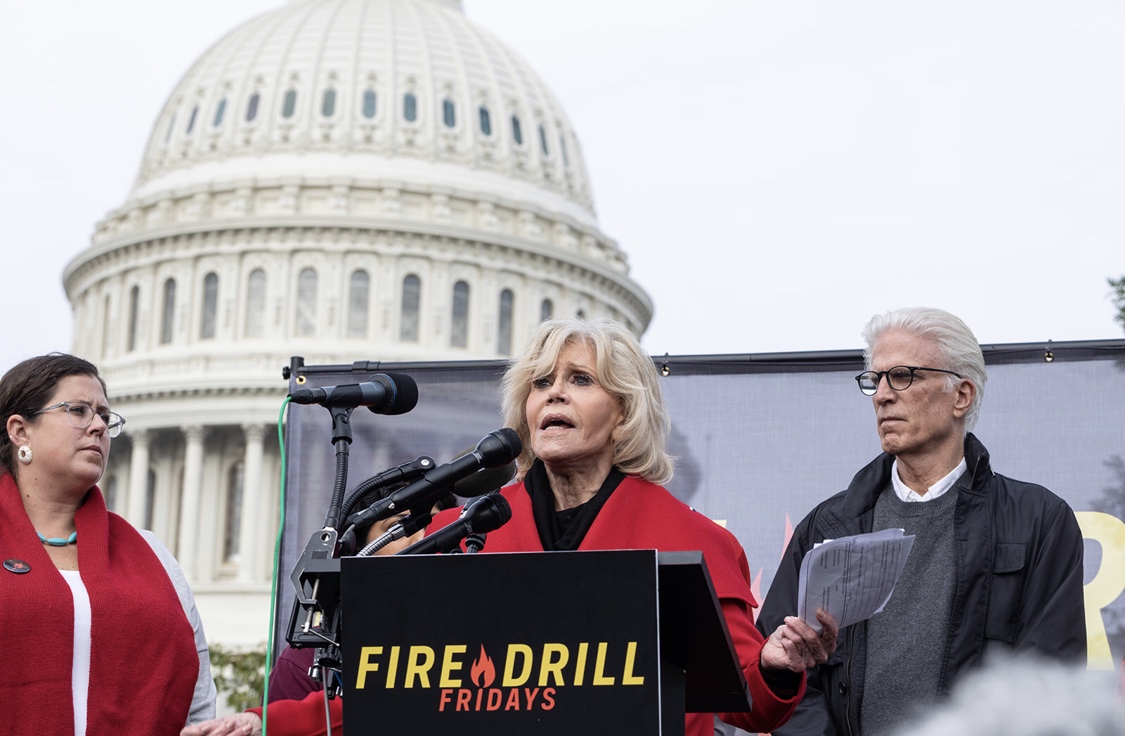 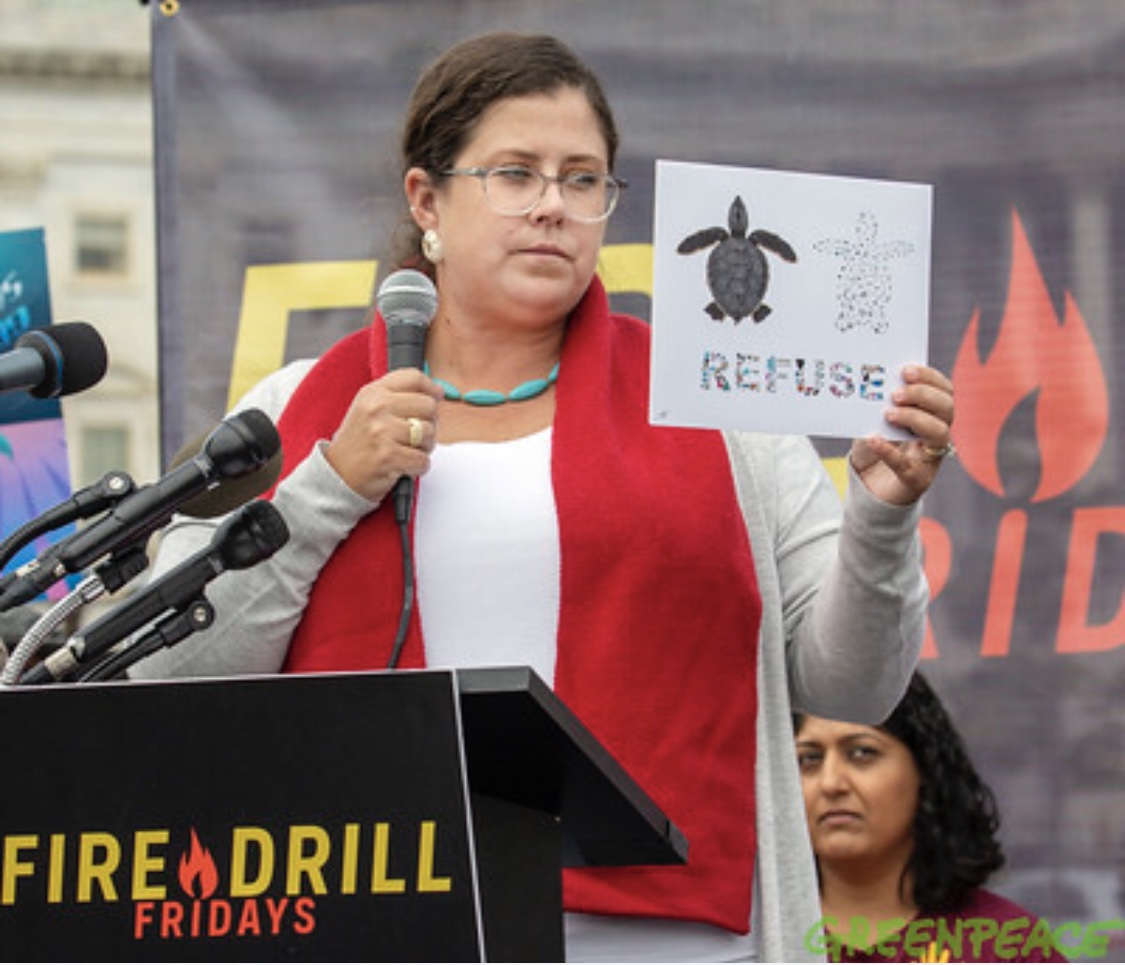