Look at our yearly sea turtle nest totals from 1988 to the present.

Sea turtle nesting season in South Florida runs from March 1st through October 31st.   Every morning during nesting season the Sea Turtle Conservation Team surveys Boca Raton’s five miles of beach for any new sea turtle activity from the night before.  All nests and “false crawls” (non-nesting emergences) are recorded with GPS.  All new nests are marked off with stakes and a sign to keep the area protected so the eggs are safe during the incubation period. 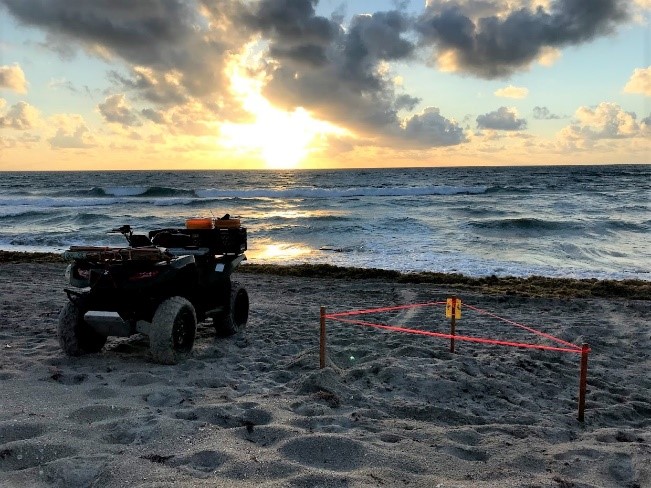 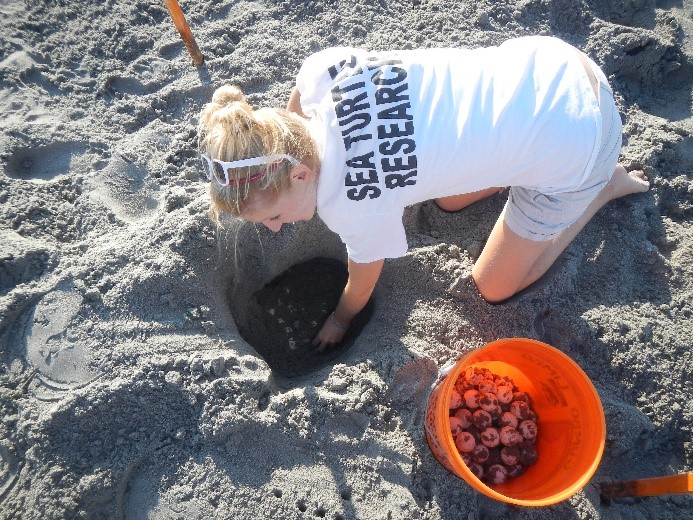 Relocating a nest that was laid too close to the high tide line.

The team checks every nest each morning, looking for signs of predators or other issues.  After roughly two months, the team will find signs that a nest has hatched!  The nests usually hatch at night, when as many as a hundred sea turtle hatchlings will scramble to the water, leaving behind tiny tracks.  Three days after a nest hatches out, the team will excavate and take an inventory of what was inside to determine its success.  The contents of the nest are counted and recorded to assist with the state-wide monitoring of sea turtle populations. 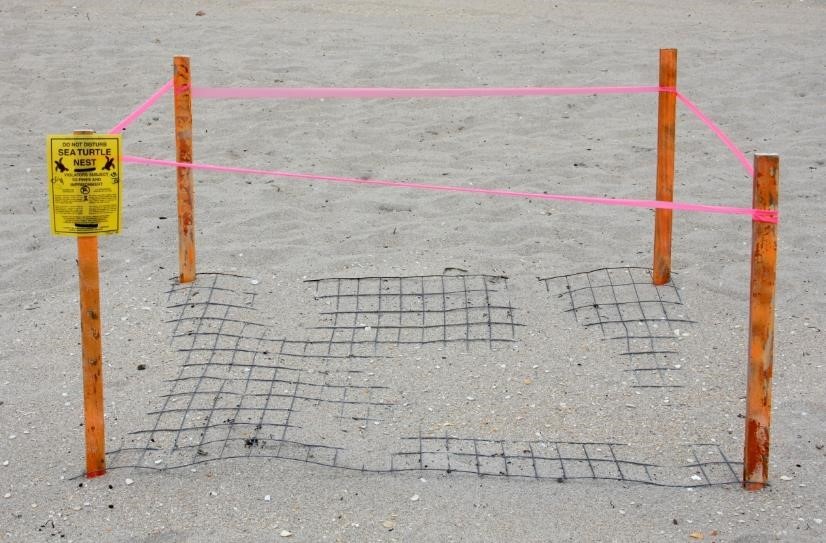 Some nests have screens installed on top to keep out predators such as foxes and racoons. 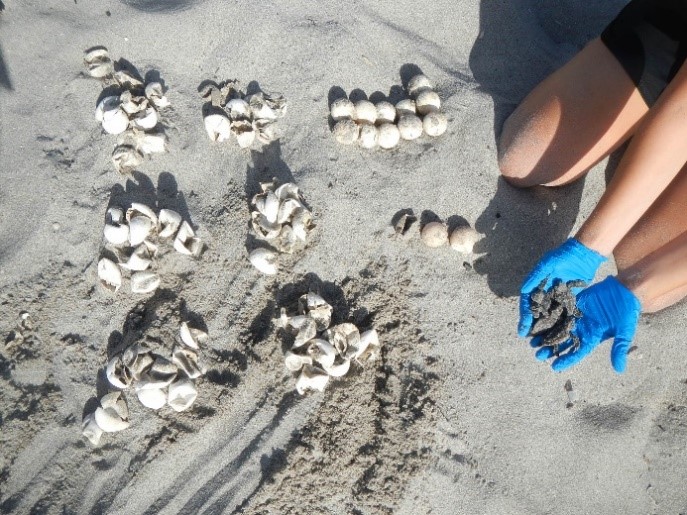 The contents of a nest after it has hatched out; sometimes there's still live hatchilings inside! 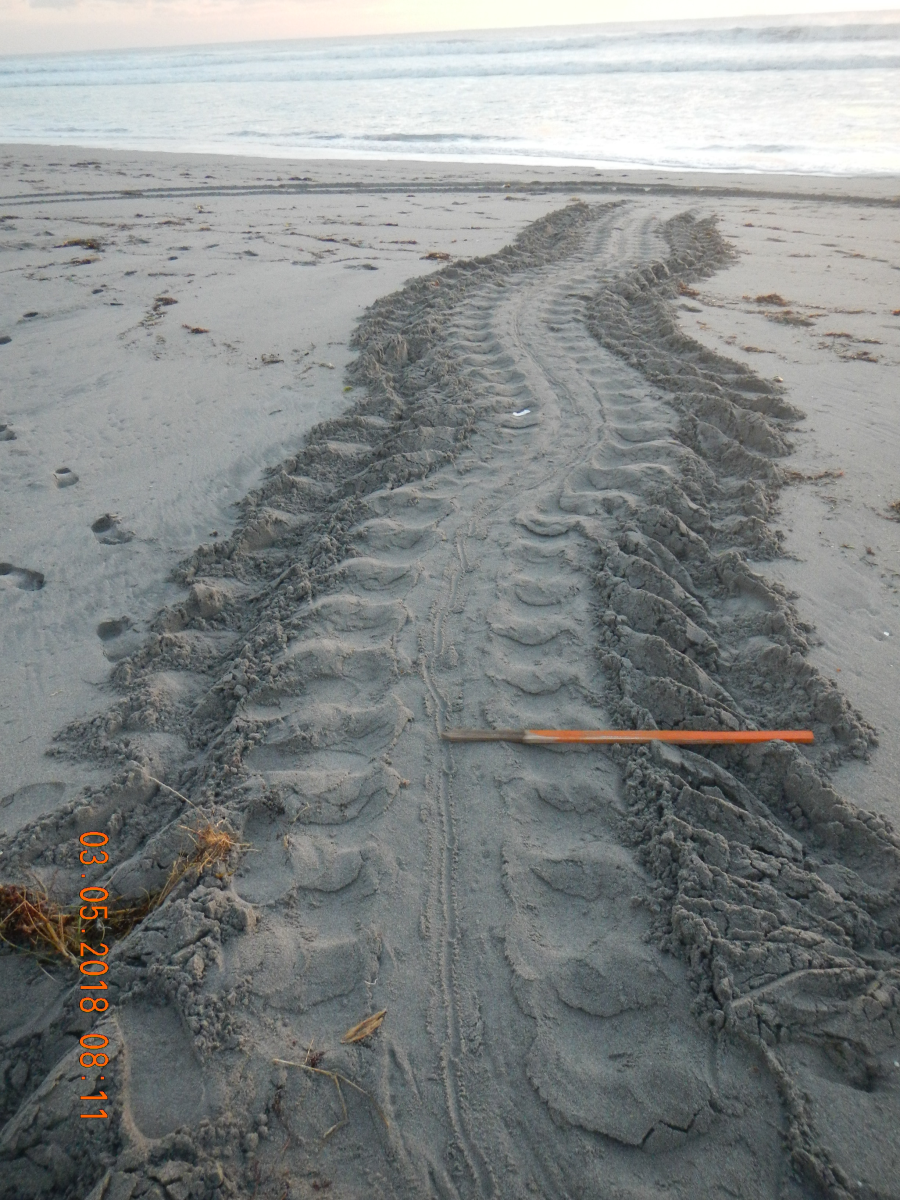 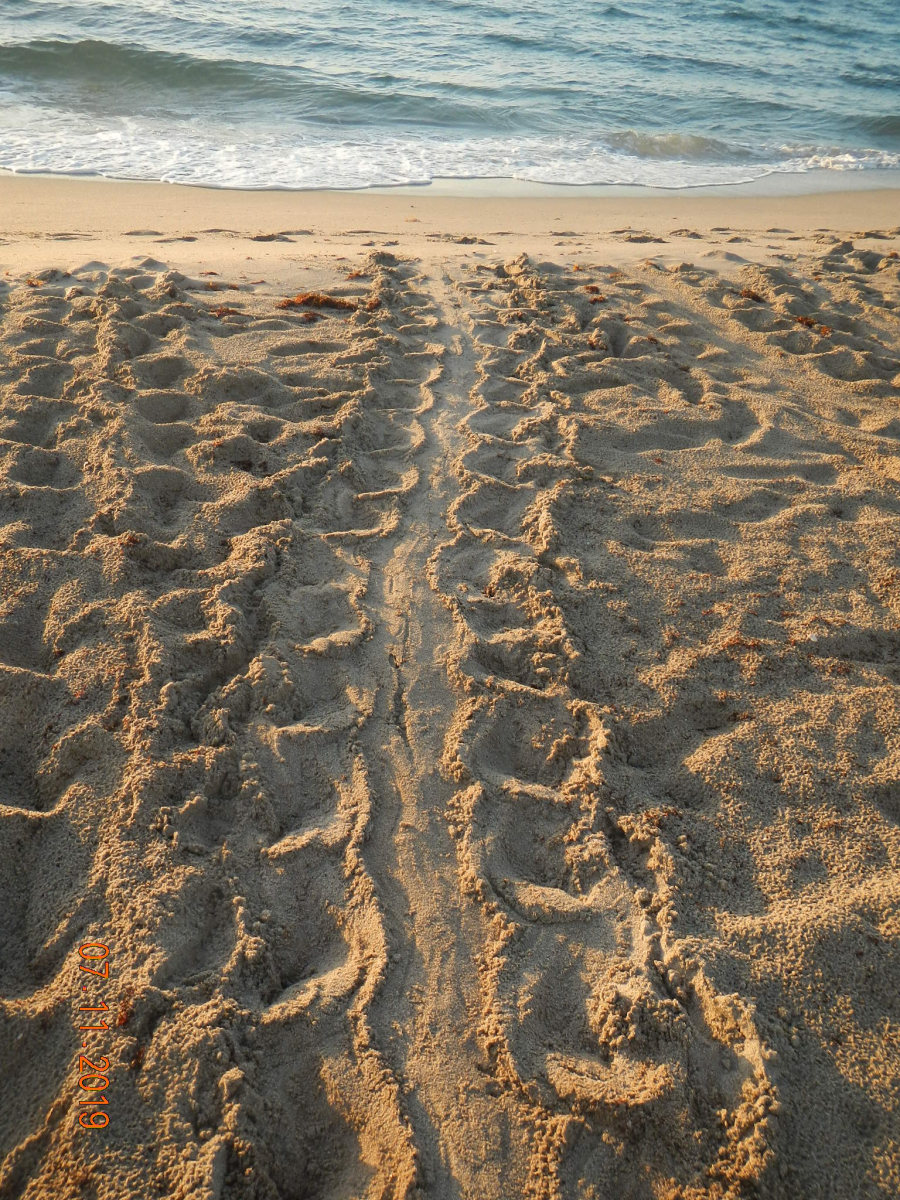 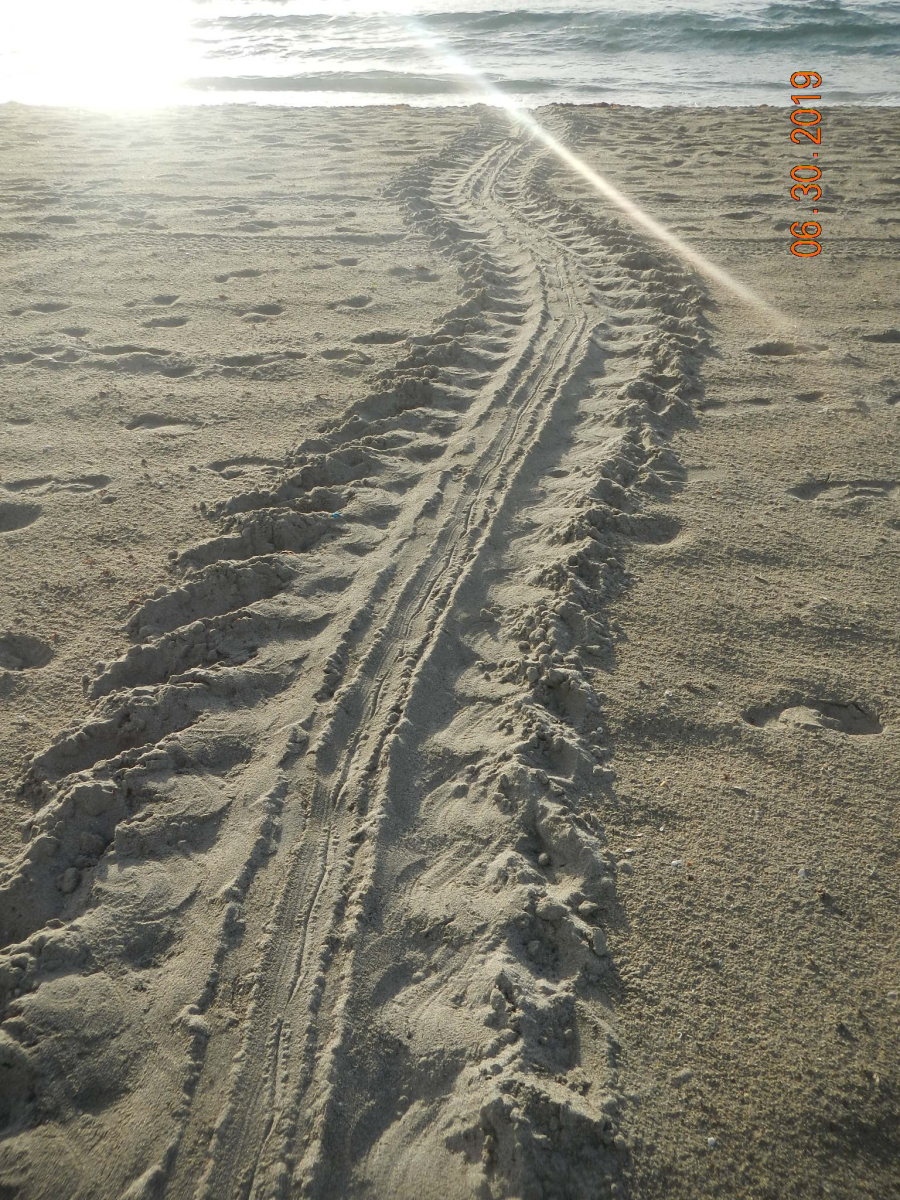