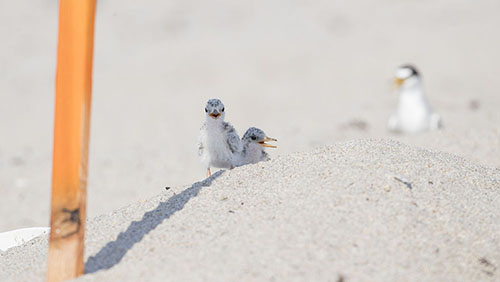 This summer (2019) Boca Raton’s beaches were not only visited by tourists and nesting sea turtles, but a colony of least terns!  Many species of birds utilize our shoreline to feed, forage, or simply to rest during their migration north or south, but the discovery of least tern nests by our sea turtle conservation team was exciting to say the ‘least’.  Once a month during sea turtle nesting season our conservation team counts shorebirds and enters the findings online into the Florida Shorebird Database, a database managed by the Florida Fish and Wildlife Conservation Commission (FWC).

On May 22, 2019 a nest with two eggs was discovered in the middle of the beach in Boca Raton.  FWC was notified and our staff assisted them in setting up a perimeter, complete with nest signs for protection.  Within a couple of weeks, our nest count climbed to 20 and eventually 50 during its peak in mid-June, each nest with a clutch size of 1-3 eggs.  Least tern eggs are very well-camouflaged among beach sand, so it was difficult to get an exact count, especially from a safe distance as to not disturb the colony.

During the entire nesting period dozens of adult birds were busy each day fishing for minnows and shading the eggs from the sun.  As soon as the first chicks were discovered (after about 19-25 days of incubation), wooden pallets were placed within the colony to provide shade and shelter.  It takes a few weeks for a chick to become flight capable and we estimate that about 50 chicks fledged from the site.

This was the only beach nesting colony of least terns in all of Southeast Florida in 2019.  While we often see least terns on our beach, there have been only two other instances in recent history in which we went so far as to cordon off an area for nesting in Boca Raton.  In 2015, nesting behavior was observed but resulted in no eggs, and in 2017, a nest with eggs was discovered but was not successful.  The success of this year’s colony was big news and we hope they come back again next year.  If so, we and FWC will be ready!

Please note: Least terns are a state threatened species and protected under state and federal law.  For the safety and protection of the nesting colony, the exact location was not revealed, and all photos were taken from a distance to avoid harming or harassing the birds. 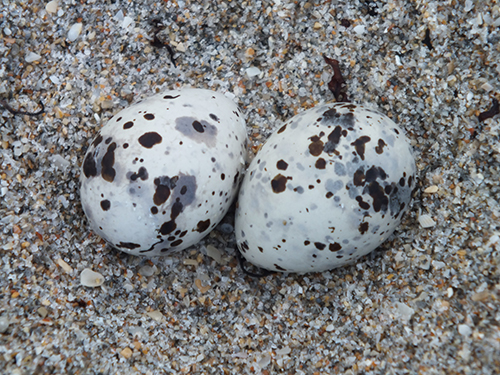 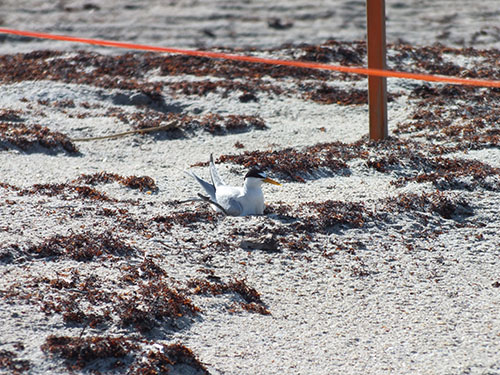