'Tis the Season for Snowbirds

With winter nearing, snowbirds flock to Florida’s tropical climate to escape the frigid months ahead.  Birds and people alike are amongst those who migrate south in fall for the abundance of resources that the tropics has to offer, year-round.

Various species of birds pass over Florida during fall migration, in the months of September, October, and November.  While many species will extend their stay for the wintery months that follow.  The black-throated blue warbler and the American golden-plover are amongst those who travel through the state during fall migration, while the black-and-white warbler and American white pelican reside in Florida for the winter months.  Every winter, 25,000 migratory sandhill cranes land on Florida soil.  These cranes migrate in large groups and draw attention with the sounds of their distinctive calls that can be heard for a half-mile away.  With the variety of species that travel through the state or stay for a while, winter is an exceptionally great time to go birding in Florida with rich bird life spanning over the entire state.  Join Gumbo Limbo for our monthly program, Early Birding with Al, to learn more about Florida’s Snowbirds! 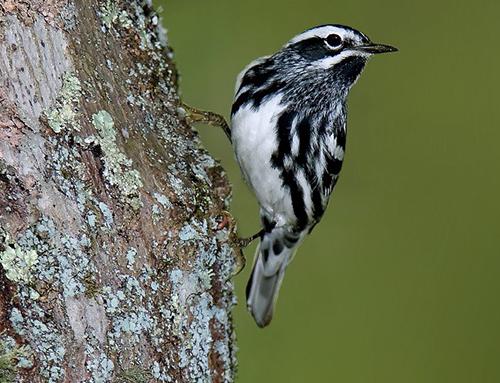