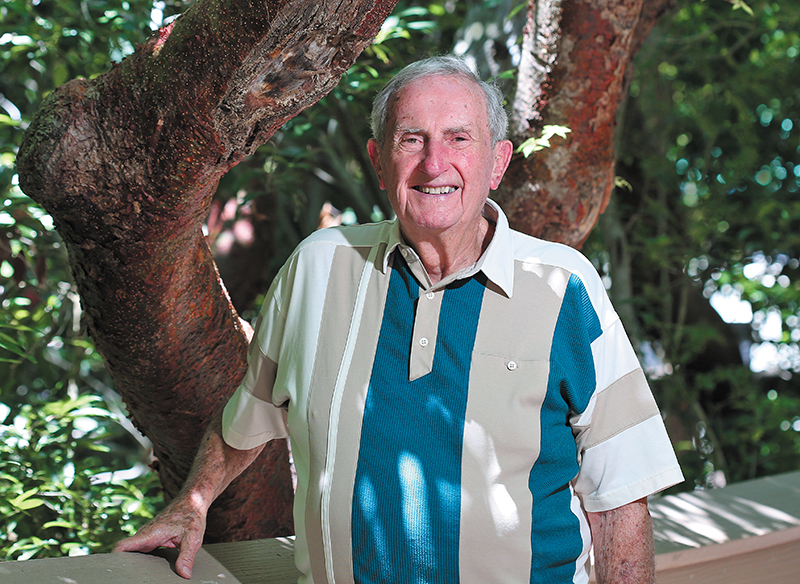 Gordon was a science teacher at Boca Raton High School who shepherded his students "over to the ocean" as he says, to study the tropical hardwood hammock which eventually became Gumbo Limbo Nature Center. "Boca Raton was more environmentally concerned than many other cities," he says. At his urging, the city took ownership of the 15-acre hardwood hammock in 1974. About a decade later, the nature center opened in 1984 with Gordon as the founding educator, director and its leading advocate. Today, he still serves on the board of directors of Gumbo Limbo, as well as, a member on the Boca Raton Parks & Recreation Board.
Kids of all ages continue to learn in Gordon’s outdoor classroom. Mr. Gilbert says there is a lot more history at the hammock than in any of the old buildings around. He speculates that Calusa Indians roamed the area hundreds of years ago. Today, the center boasts nature trails, a 40-foot observation tower, aquariums, insect tank, butterfly garden and seasonal turtle walks.
Had the city not bought the land in the 1970's as part of a $13 million beach property purchase for Red Reef Park, and transformed it into the nature center, “we’d have high rises.” Gilbert says. “We’d have a concrete jungle here.” The Gumbo Limbo Nature Center is now a part of the Greater Boca Raton Beach and Park District, which ensures its continued care and upkeep, partnering with City of Boca Raton and the Friends of Gumbo Limbo.
Born in Ohio and after receiving his Masters in Education from Xavier University, Gilbert taught at Boca High from 1965 to 1978, but later stayed with the school district as director of Spanish River Environmental Center. One of his favorite stories, he says, is the one he tells kids about how the gumbo limbo tree, one of many types at the center, got its nickname; he says “It’s sometimes called 'the tourist tree' because “The first thing tourists do when they get here is to go to the beach. They stay way too long and their skin turns red and peeling—just like the bark of the gumbo limbo tree.” The Gordon J. Gilbert Scholarship is given to future scientists and those currently doing research to further the mission of Gumbo Limbo—to increase public awareness of the coastal ecosystem through education, conservation and research endeavors.
Gumbo Limbo Nature Center Director 1984-2003 - Retired
Parks & Recreation Board (City of Boca Raton)
Florida BBQ Master Judge
Kansas City BBQ Master Judge
National Pie Association (Judge)

Heather McMechan is the founder of LocalMomScoop.com and has lived in Boca Raton for 20+ years. She has two daughters and is married to Andy McMechan a Boca Raton native.

Local Mom Scoop was created over 5 years ago and has become one of the hottest South Florida resources for moms. From Palm Beach to Miami, she shares the scoop on local events, fashion, travel, kids, dining, and parenting. 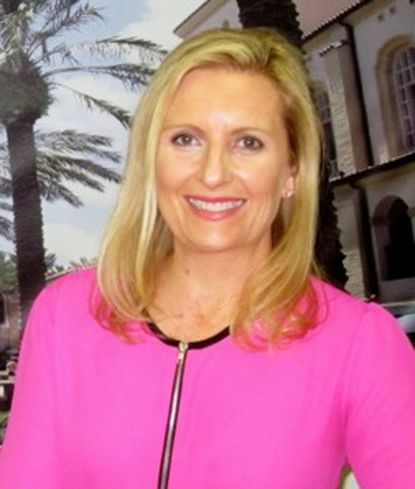 Max Lipton, Owner and Managing Partner of Benny's on the Beach 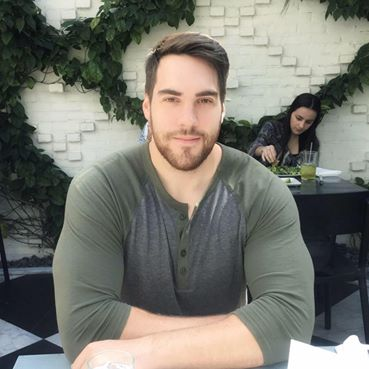 Max Lipton is an owner and Managing Partner of Benny's on the Beach in Lake Worth Beach, FL since 2013. He also has a locally popular food gram @max_vs_food where he travels around South Florida, and beyond, sampling cuisine from the best restaurants and cultures around the world. While Max is not the chef of Benny's, he does enjoy throwing down in the kitchen from time to time as well, particularly using modern molecular techniques to create new and exciting things

In November 2018, Commissioner Robert Weinroth was elected to the Palm Beach County Board of County Commissioners representing District 4. He is a 26-year resident of the City of Boca Raton with an extensive background in business, public service, and community involvement.

In 2014, Weinroth was elected to the Boca Raton City Council where he served as deputy mayor and CRA vice-chair during his four-year tenure. During this time, he was appointed to a number of Palm Beach County boards including the Boca Raton Airport Authority, Palm Tran Service Board, Palm Beach Transportation Planning Agency, and Treasure Coast Planning Council. He was also an elected board member of the Palm Beach County League of Cities. 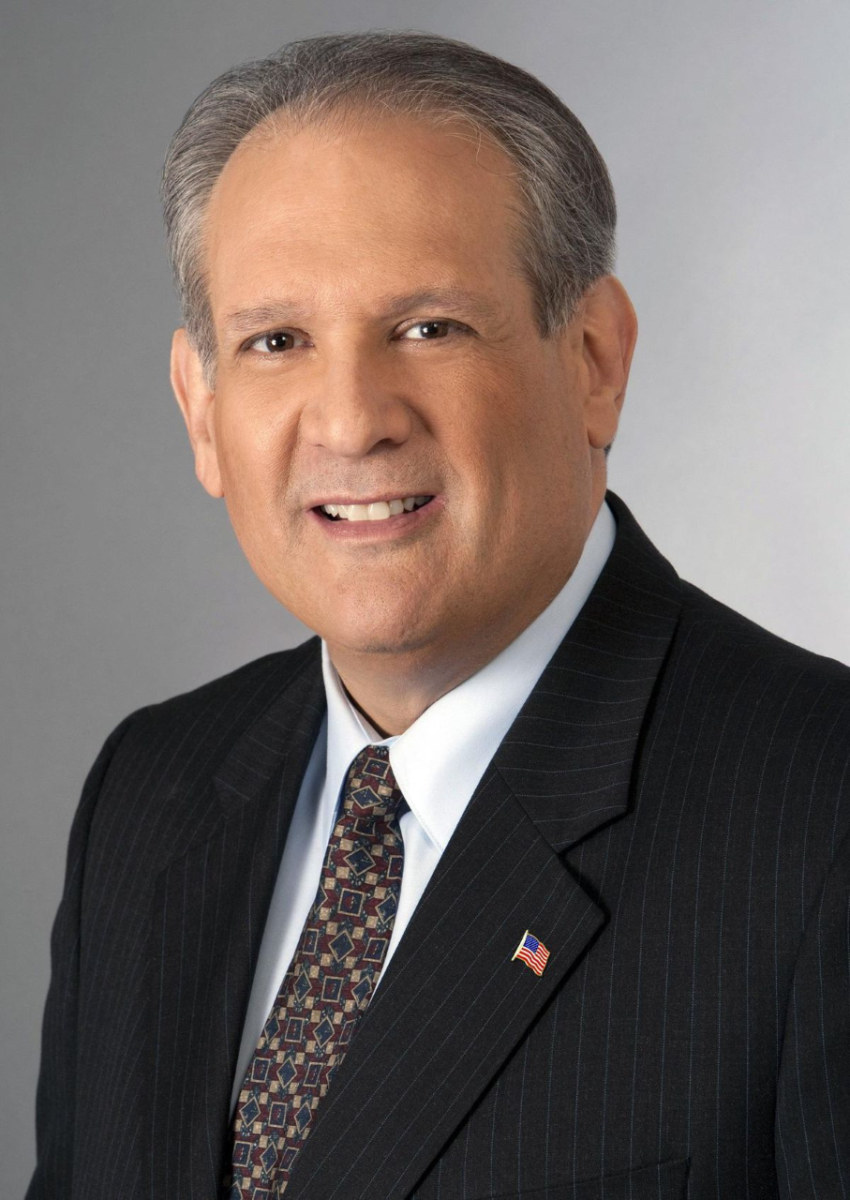 In addition to his wide-range involvement with local nonprofits, Weinroth takes great pride in his past work as a volunteer with the Guardian ad Litem Program in the 15th Judicial Circuit advocating on behalf of abused and neglected children deemed dependent by the court.

Over the years, Weinroth was elected president for several homeowners associations in Boca Raton. He has also served on the boards of two synagogues; most recently B’nai Torah Congregation.

Weinroth brings to his public service a broad background as an executive and general counsel in insurance, finance and health care industries. Most recently, he was president and general counsel at Freedom Medical Services Inc. (working with his wife and partner Pamela) for 16 years; eventually selling the business.

Weinroth obtained his undergraduate degree at Northeastern University and a Juris Doctor at New England School of Law. He is a member of the Florida, Massachusetts and New Jersey bars.

Most recently, Commissioner Weinroth was appointed to serve on the National Association of Counties Transportation Steering Committee and is Vice Chair of the Transit/Rail Subcommittee.

Weinroth is married to Pamela and is the father of four boys in their blended family.

Shaina Wizov, Owner of Take A Bite Out of Boca 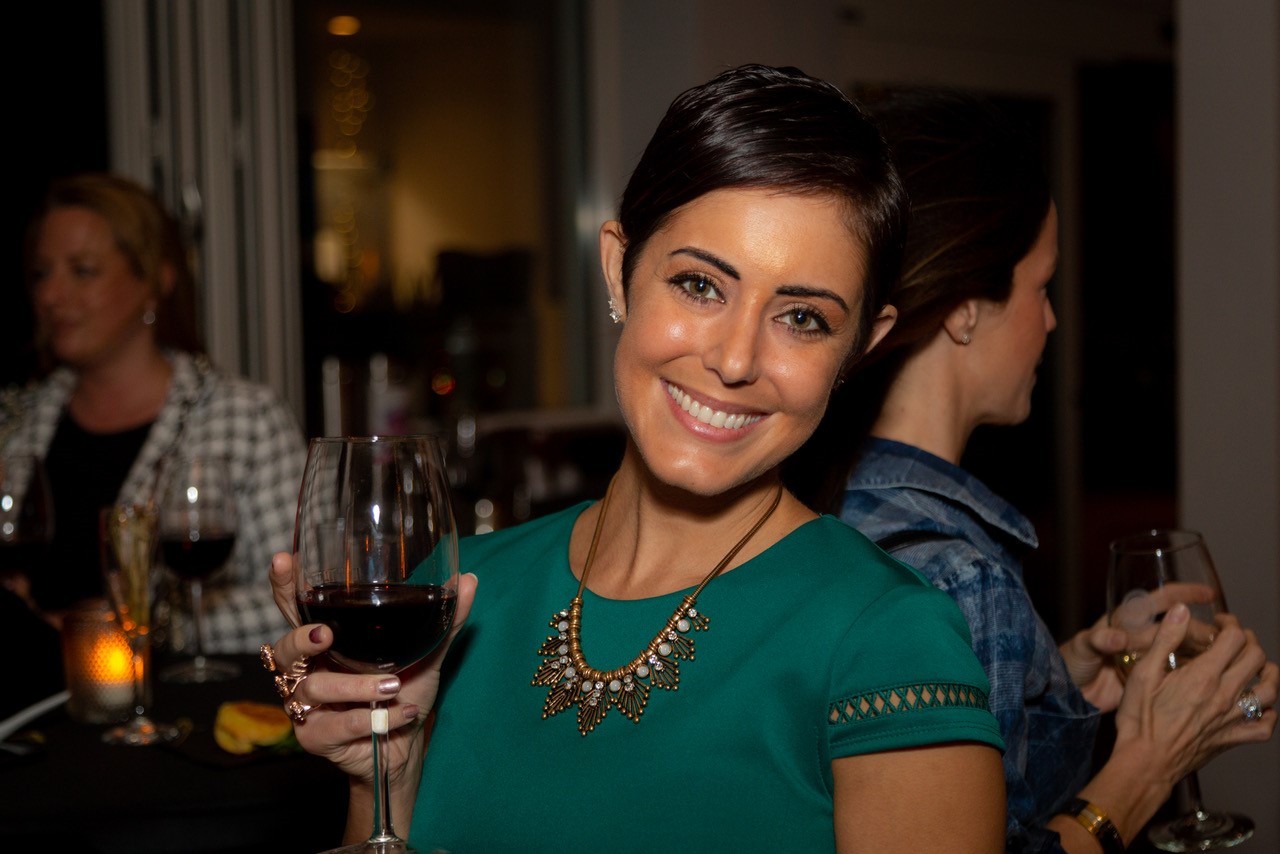 Shaina Wizov was born and raised in New Jersey, where she attended Rutgers University and received her Bachelor of Arts in Journalism and Media Studies. After relocating to South Florida in 2011, she created her food blog, Take A Bite Out of Boca, taking the local culinary scene by storm. Eventually, Take A Bite Out of Boca expanded to a full lifestyle brand including health, wellness, travel and fashion coverage, as well as event hosting and coordination. In addition, Shaina has written for various local publications including Boca Magazine, Boca and Delray Newspaper and South Florida Luxury Guide, and has been featured twice in Boca Life Magazine as a top South Florida blogger and one of the top South Florida food Instagram accounts to follow. When she is not creating engaging content across multiple social media platforms, Shaina can be found wining and dining at one of the many restaurants here in South Florida, trying out new spa treatments and services, covering different culinary events, working out, or exploring other cities and states. She has also been a contributor to national online publications such as The Daily Meal, and works for a nation-wide staffing company to provide servers, bartenders and other service help for parties, festivals and events in South Florida.