A South Carolina native and graduate of the University of Hard Knocks (still enlisted) -- has at one time worked just about every job there is in a kitchen. Starting as a humble dishwasher in Mt. Pleasant, South Carolina, Jeff has followed his passion across the south, leading him to take on the role of Executive Chef at the esteemed Highland Country Club from 2006-2012. Jeff most recently helmed the kitchen at Beauty and the Feast at the Atlantic Hotel on Fort Lauderdale Beach, where he earned the restaurant rave reviews for its Southern-inspired cuisine (a style Jeff refers to as “simple, with good ingredients”). Jeff is a natural charmer and loves to shag (the dance, of course). He lives with his two sons in Fort Lauderdale, Florida.

Funky Buddha is South Florida's largest craft brewery, serving up culinary-inspired brews like Floridian Hefeweizen and the famous Maple Bacon Coffee Porter. Now thanks to its new Craft Food Counter & Kitchen, helmed by chef Jeff Vincent, it has food to match! Vincent, South Carolina native and veteran toque, previously brought acclaim to the fantastic Beauty & the Feast at the Atlantic Hotel. His eclectic style draws on low country roots and European training, imparting a Southern twang to CFC’s entirely scratch-made menu. "My style is simple food using great ingredients," says Vincent. "Whether it's a juicy burger, cold craft beer, or a house-made biscuit, the result is only as good as what goes into it." 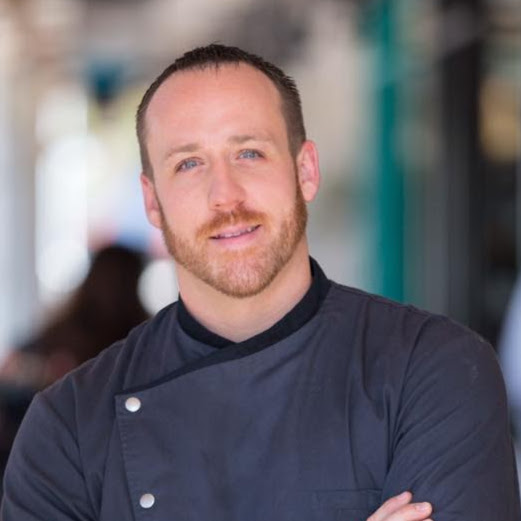 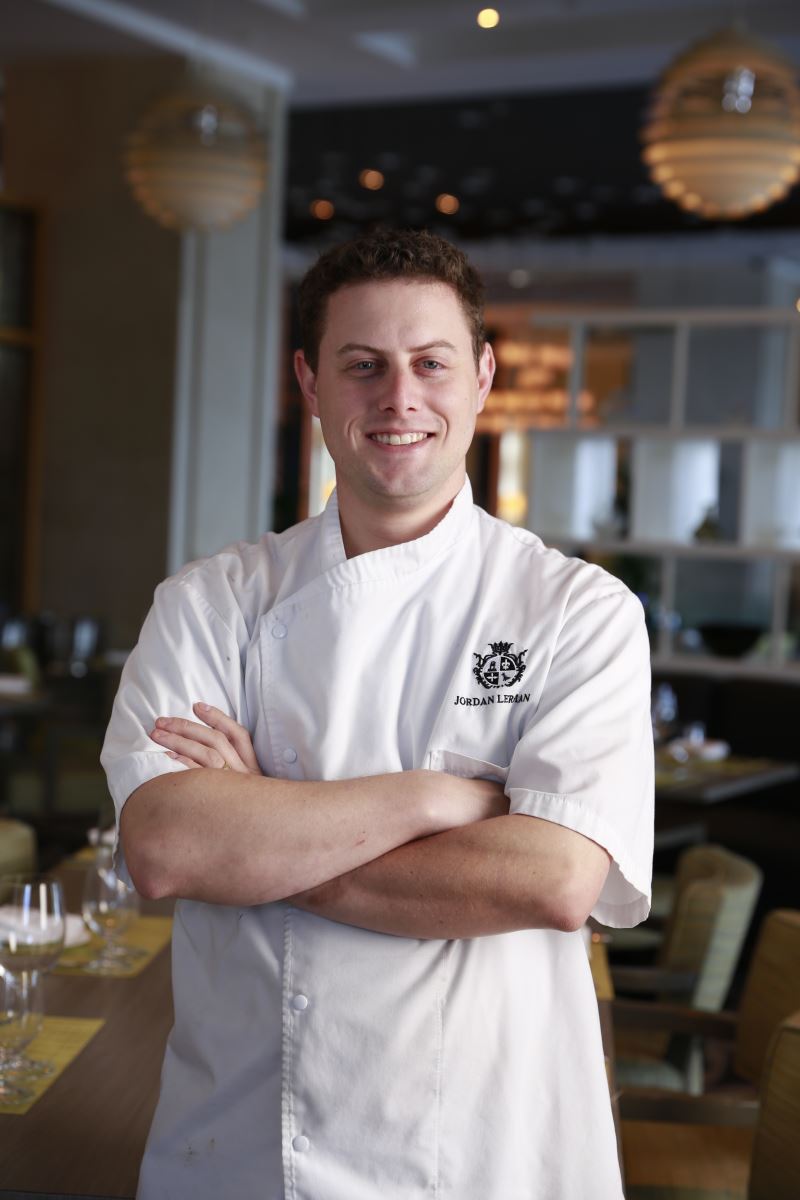 Currently the executive sous chef of restaurants for the property overseeing 13 outlets. Originally from Chicago, where Ray started his career as a chef working for a Wildfire Steakhouse, a Lettuce Entertain You restaurant. Ray then moved on to gastropub tap house grill with multiple operations around Chicago. In 2010, he moved down to Boca for an opportunity to work at the Boca Raton Resort & Club. For the past 8 years, Ray has worked up through the ranks while spending a short amount of time at Max’s Grille honing his skills. One year ago, he returned to the Boca Raton Resort & Club to assume the position he is currently in.

Jordan Lerman received his degree in Culinary Arts from The Culinary Institute of America (CIA) and has worked in some of New York’s top restaurants, including Eleven Madison Park, Momofuku Ssam Bar and Maysville. As a native of Palm Beach County, Lerman returned to South Florida after his experience in New York to take on the role of sous chef at The Rebel House in Boca Raton, FL. He then ventured on his own to open Jardin in April 2016, Chef Jordan was named “One of the Ten Best Chefs in Palm Beach County” by the New Times. Jardin received several accolades including “13 Best Restaurants in Palm Beach” from the Palm Beach Post and “5 Best New Restaurants” from City & Shore Magazine. Following his time at Jardin, Chef Lerman joined the Boca resort team as a sous chef at 501 East, but was quickly vaulted to take over as the executive chef of Seagrille at the Boca Beach Club, where he has elevated the cuisine and given the menu a new face lift and modern twist on the classics of local seafood. 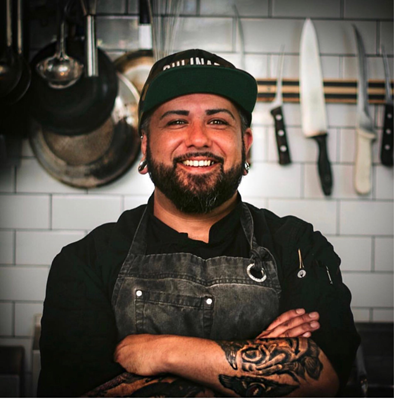 Executive Chef Emerson Frisbie relocated to West Palm Beach, Florida and joined the culinary team at Emko in 2015. Chef Emerson arrived here following a stint as Sous Chef at Arethusa Al Tavolo in Bantam, Connecticut, where they owned their own dairy farm and produced their own milk, butter, artisanal cheeses and ice creams. Prior to that, Chef Emerson was at the Community Table in Washington, Connecticut, where he developed a knowledge and passion for locally sourced as well as foraged ingredients. Since departing EmKo in October 2018, Chef Emerson has staged throughout the best kitchens in South Florida from Stubborn Seed to Brava and Buccan. He also did a serious of pop ups around Palm Beach County selling inventive Chinese steamed buns under the name “BaoDown”. Chef Emerson also went to work for Chef Tyler Anderson (Top Chef Season 15 alumni and owner of the James Beard Nominated Millwright’s in Connecticut) during his appearance at South Beach Food and Wine this year. Chef Emerson received a Bachelor’s Degree from the University of Connecticut in American Studies but returned to the kitchen to pursue his love of the culinary arts. After working for several extremely talented and celebrated chefs, Emerson has happily accepted the role of Executive Chef at The Butcher Shop WPB. He showcases his culinary prowess through reinventing street food favorites as well as creating an array of dishes which aim to be visually stimulating and a gustatory delight. 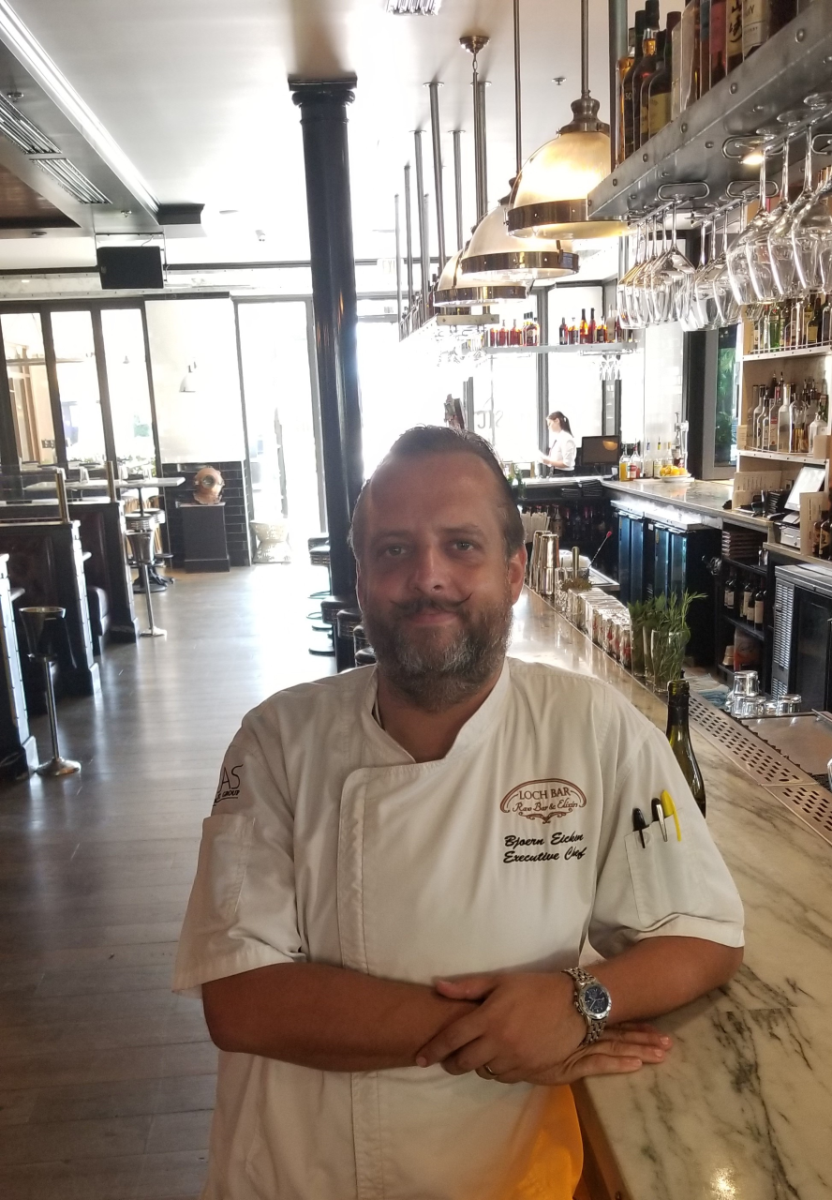 Bjoern was born and raised in Berlin, Germany. He fell in love with cooking when he was 25 and studying biology. After quitting university, Bjoern started his cooking apprenticeship at Kaefers Dachgarten Restaurant on the Reichstag in Berlin in 2005. After completing the apprenticeship in 2007, he started working at Suedtiroler Stuben. A Michelin star restaurant in Munich, Germany. Bjoern stayed there for 18 months and learned his way around German and Mediterranean fine dining cuisine. Eager to travel the world, Bjoern’s next step took him on a 2 year work stretch in England at the Great Hallingbury Manor Hotel, near London. A nice little boutique hotel with a fine dining restaurant where he remained until 2011. Enjoying living in a foreign country, the next job brought him to Greenwich, Connecticut, finessing his fine dining skills as Sous Chef at Thomas Henkelmann’s Homestead Inn and "Grand Table du Monde" from Relais & Chateaux. Bjoern’s tenure in Greenwich lasted from 2011-2015 -- learning all about classic French cuisine with an American twist.

In this time, Bjoern met his wife and in 2015 we decided to move to Boca Raton, Florida and took over the Executive Sous Chef (acting Executive Chef) position at the Chanson Restaurant in the Royal Blues Restaurant in Deerfield Beach -- another Relais & Chateaux property. Bjoern’s cuisine focused on fresh local seafood with some tropical and classic French influences. In 2017, he had the opportunity to take over as Executive Chef of Jean Georges Vongerichten's "Matador Room" in the Miami Beach Edition Hotel. It was a great time where he was able to learn and creat a lot of Latin inspired dishes for one of the most influential Chefs of America.
In April 2019, Bjoern began working as Executive Chef at Loch Bar an Atlas Restaurant Group property in Boca Raton.
“It is a great place where I have the freedom to use my creativity and fine dining experience to merge the Baltimore seafood concept with local and Floridian influences to create fresh and local food in the Heart of Boca Raton.
In my free time my wife Marcella and I love to spend time at the beach or visit Mortimer the Moray eel at Gumbo Limbo.”

All property will be closed 4th of July, Thanksgiving Day, Christmas Day, and New Year's Day.