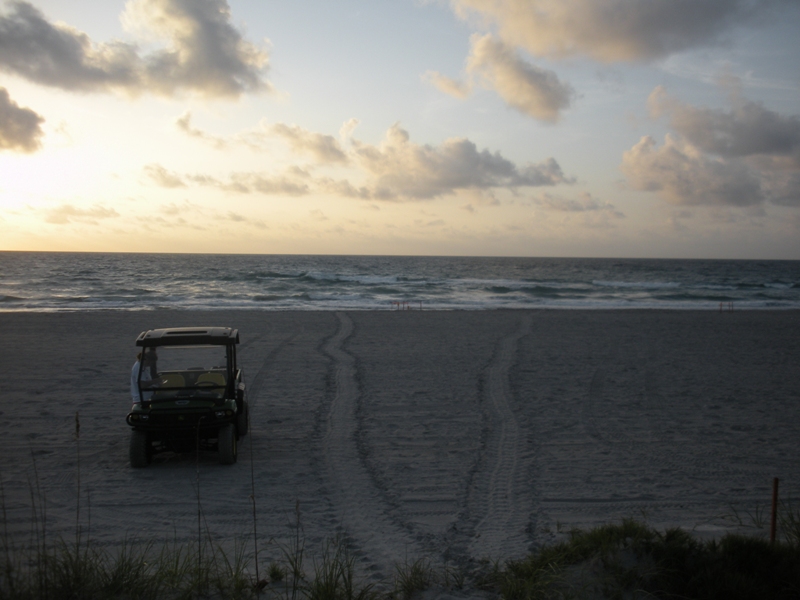 The Boca Raton Sea Turtle Conservation and Research Program is based at Gumbo Limbo Nature Center.  The Sea Turtle Conservation Team monitors, records, and studies all sea turtle nesting activity occurring along the City's five mile stretch of beach.  The team also responds to reports of dead or injured sea turtles from the Boynton Beach Inlet to the Boca Raton-Deerfield Beach border.  Nighttime lighting surveys are conducted along the beach to identify lighting issues and potential problems involving adult and hatchling sea turtle disorientations.  The Sea Turtle Conservation Coordinator works closely with the city regarding beachfront development issues including construction, the alteration of dune vegetation, and beach renourishment. 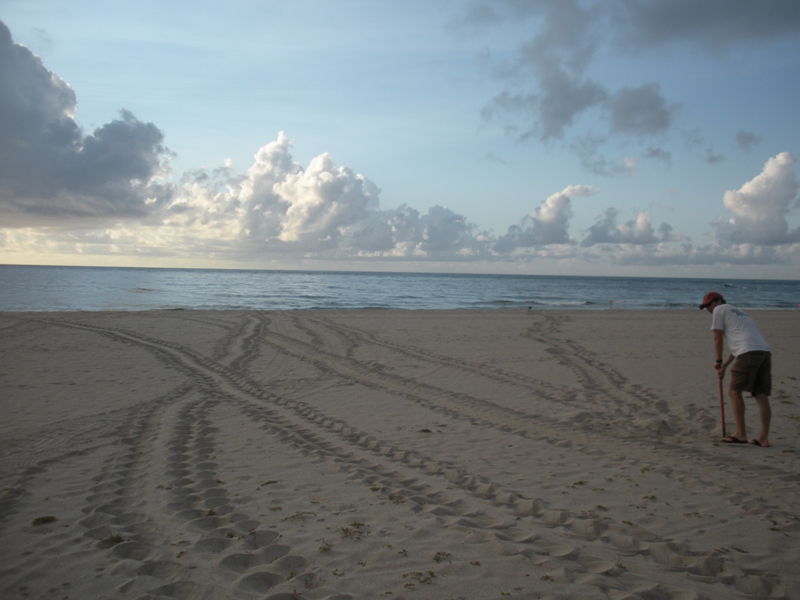 Turtle superhighway!  Marking the many loggerhead tracks left the night before. 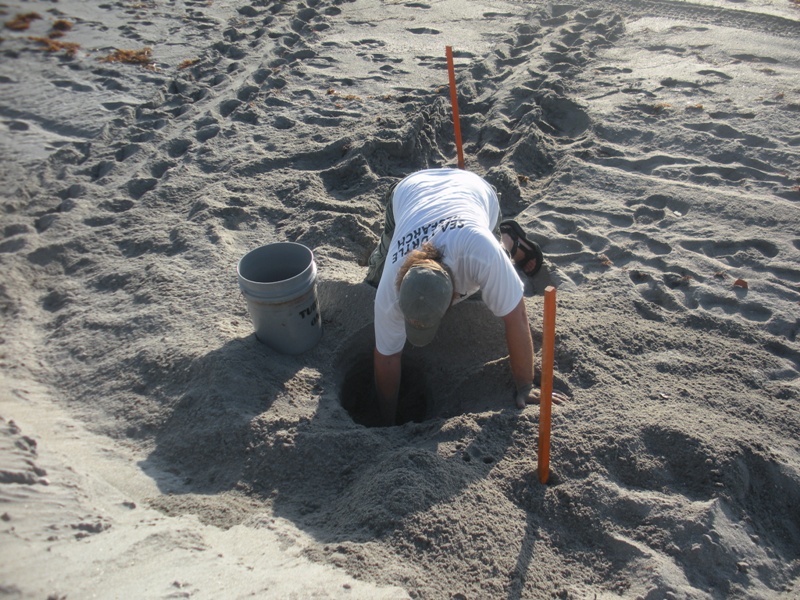 Relocating a nest that was laid too close to the tide line. 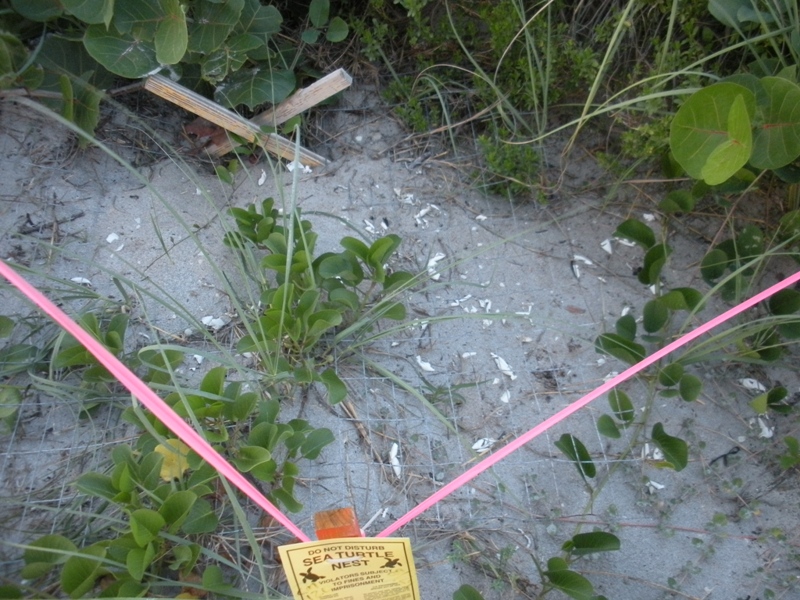 This nest had been predated previously and now has a screen on top to keep raccoons and foxes out. 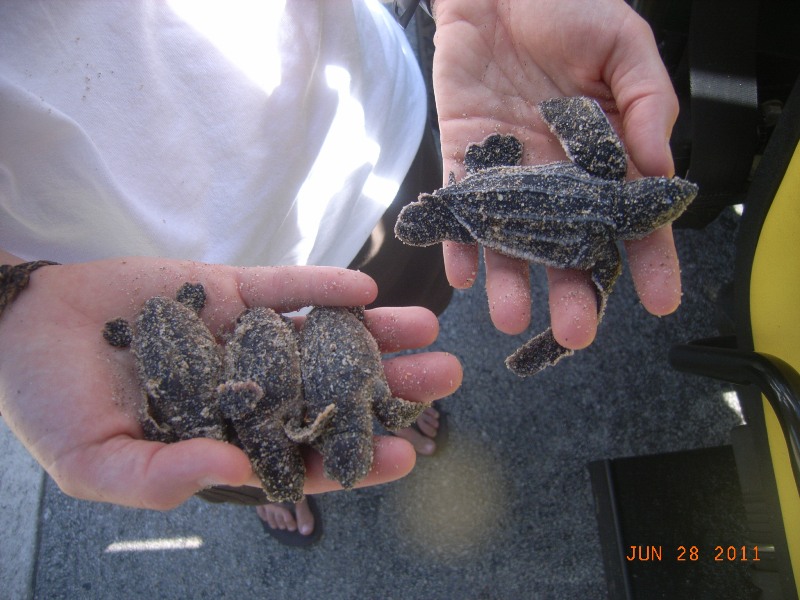