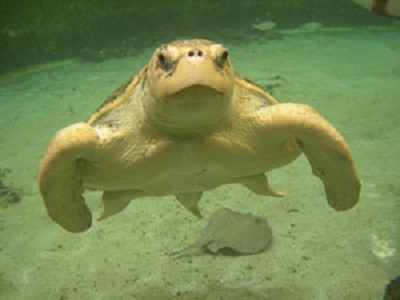 The Kemp’s ridley sea turtle (Lepidochelys kempii) is the smallest of the sea turtle species, weighing only about 45 kilograms (100 pounds) and measuring 60 centimeters (2 feet) in length as an adult.  They have a very round carapace that is grayish in color and prefer to eat fish, crabs, shrimp, and other crustaceans.  These turtles have very unique nesting habits.  They nest primarily on a beach in Rancho Nuevo, Mexico where they come up in large numbers to nest at the same time.  This is called an “arribada” which means “arrival” in Spanish.  Kemp’s ridleys are also the rarest sea turtle.  All populations of Kemp’s ridleys are endangered, and numbers have drastically decreased in the past 60 years.  In 1947, an arribada of an estimated 42,000 Kemp’s ridley turtles was filmed in Mexico.  Today, there may be as few as 3000 nesting females. 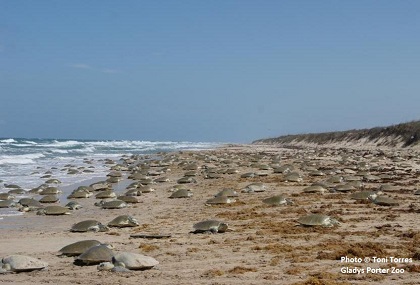 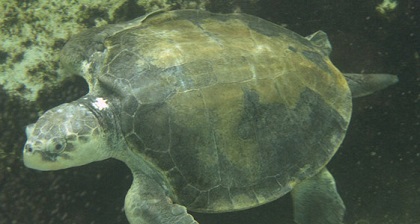